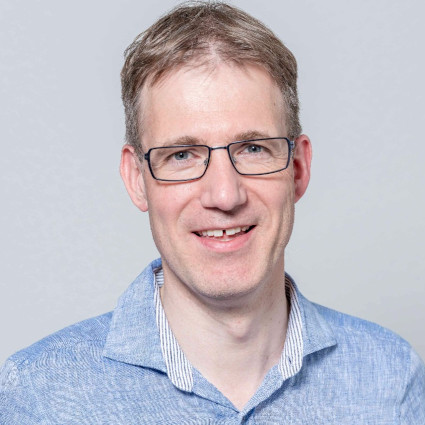 After unanimous election by the Executive Committee of NCCR SPIN, Dominik Zumbühl was proposed to the SNF and confirmed this week as the new director of NCCR SPIN. Richard Warburton decided to resign as director of NCCR SPIN in November 2020 and is continuing to contribute scientifically as a project leader. Many thanks go to Richard for his important contributions on setting up NCCR SPIN.
News on www.nccr-spin.ch

Dominik Zumbühl received a Diploma in Physics in 1998 from ETH Zürich, a M. Sc. from Stanford University in 2000 and his Ph. D. from Harvard University in 2004. Subsequently, he worked as a postdoctoral fellow at MIT until he was appointed as a tenure track assistant professor in the Department of Physics at University of Basel in 2006. He has set up the Quantum Coherence Laboratory performing quantum transport experiments. In 2008, he received one of the prestigious Starting Grants of the European Research Council (ERC). Dominik was awarded tenure and was promoted to associate professor in 2012. From 2015-2019, he served as the Chair of the Department.

Dominik is looking forward to working with the project leaders and their research groups in the NCCR SPIN network across Switzerland to develop scalable electron and hole spins qubits in silicon and germanium nanostructures: "I'm really excited and honored to work with such great scientists and to lead the collaboration into the fundamental physics of Si and Ge spins, holding great potential for small, fast, scalable and hot qubits!"